Home » Bed Bath and Beyond Closing at least 40 Stores in 2020, Find the list of all the stores closing in various States across U.S. 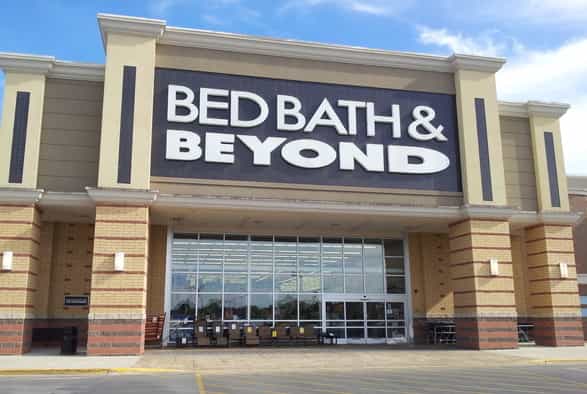 One of the most popular chain of domestic merchandise retail stores in the United States, Canada and Mexico is closing dozens of stores this year. Company’s stocks tanked more than 80% over the past five years as the retailer struggles to keep pace with the competition amid a major retail shake-up. It’s revenues kept on declining year-on-year and now Bed Bath and Beyond has revealed a $1 billion turnaround plan in which it will spend $600 million on reducing its debt, paying dividends, and buying back shares, plus another $400 million on new store renovations and supply chain upgrades. Company’s investors ousted CEO Steven Temares in 2019 and brought in new board members, and hired Mark Tritton as its new CEO who was a former chief merchandise officer at Target Stores. At least 40 Bed Bath and Beyond stores are closing in 2020.

About Bed Bath and Beyond

Bed Bath & Beyond has been country’s major home merchandise retailer until 2014 and enjoyed great margins but due to the stiff competition from major retailers such as Walmart, company failed to meet the customer expectations and its shares plunged more than 80%. Former employees said that management was very slow to get on board with revamping its e-commerce operations, and the brand didn’t keep up with other trends, such as smaller stores and new fulfilment strategies.

Bed Bath & Beyond is planning to close stores in at least eight states this year in the United States. The company has confirmed closings to local news outlets in Illinois, Florida, New Jersey, New York, Ohio, Pennsylvania, Texas, Virginia, and Washington, DC.

The home goods retailer said in January that it planned to close atleast 40 stores in the current financial year, which ends in April, and another 20 stores in fiscal 2020. By January, Bed Bath & Beyond had executed about 16 of those planned closings, according to company filings.

Bed Bath and Beyond’s spokesperson told TODAY – “the stores located in 19 states and Washington D.C . no longer meets the standards our customers expect from us.”

Profitable and Easiest Businesses in California to Start

Note: Get a Business Website Free with free company emails and success online marketing apps with All-in-One-CLOUD by ADVANTON. Get Started Free and build a strong Online Presence like other thousands of small businesses that generate 100% leads and income every month.