Moving abroad has become quite common among workers who seek better pay and higher living standards. In fact, moving abroad boosts the average worker’s income by $21,000 which is ofcourse a good boost. Let’s find out which are the best countries to live and work in.

According to a recent survey these are best countries to live and work in: 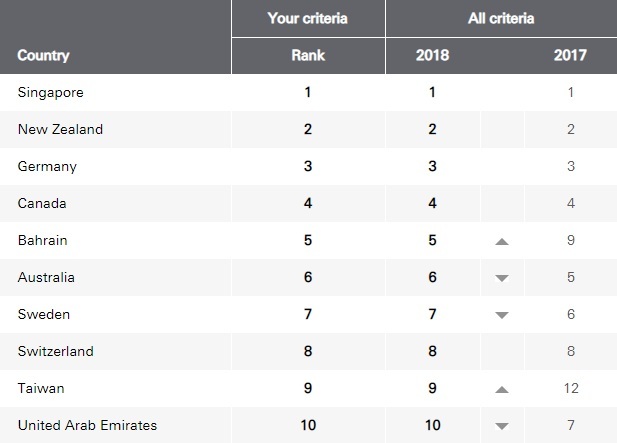 The best paid workers can be found in Switzerland, the U.S. and Hong Kong.

According to HSBC’s annual Expat Explorer survey, it is found that 45 percent of expat workers said their existing jobs paid more internationally and 28 percent expat workers changed location for hike and promotion.

It was also found in the survey that in Switzerland expats was a boost in their annual income by $61,000. Expat salaries in Switzerland averaged $203,000 per year — twice the global level.

Singapore topped the ranking as best place to live and work for a fourth straight year in the HSBC’s annual Expat Explorer survey, beating New Zealand, Germany and Canada.

With the high cost of raising children and difficulty making friends going against it, Switzerland ranked eighth on the list of the best countries to live and work in.

According to HSBC, Singapore has everything a budding expat could look for into one of the world’s smallest territories.

Sweden on the other hand is one of the world’s most gender-equal countries, got top billing for family, while New Zealand, Spain and Taiwan led the way in the experience category according to the survey report.

The survey included 22,318 people in which it was found that women trailed on a variety of metrics despite the cultural, financial and professional advantages of moving abroad.

Some of the facts that have been uncovered in the survey suggest that relocation boosted women’s income roughly 27 percent. Compared to 47 percent of the men only a quarter of women moved abroad to enhance their careers.

The overall education compared to their male counterparts was also somewhat lower and their average salary of $42,000 is also low compared to the men’s salary.

Note: Advanton helps over 10,000 small businesses in the US generate 100% local leads and income every month. Grow your small business within weeks with a great online presence, free business website, company emails and free success marketing for 365 days. Get Started free!